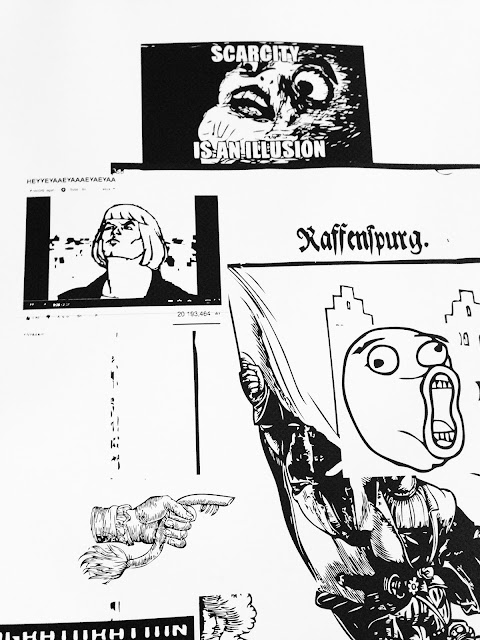 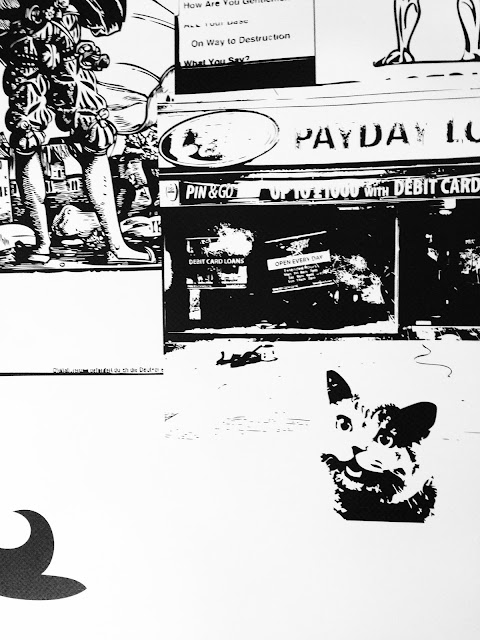 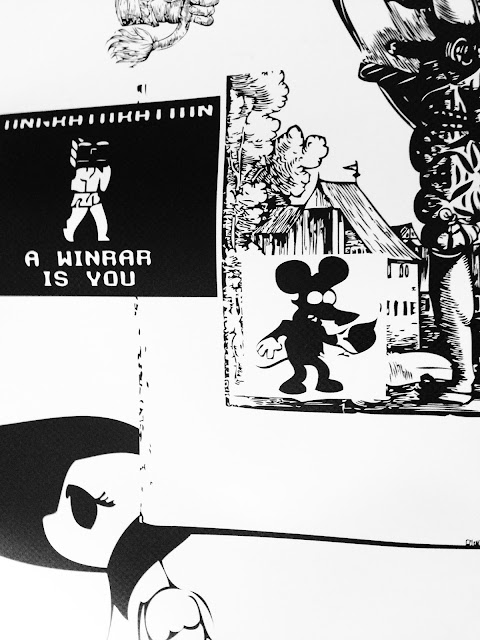 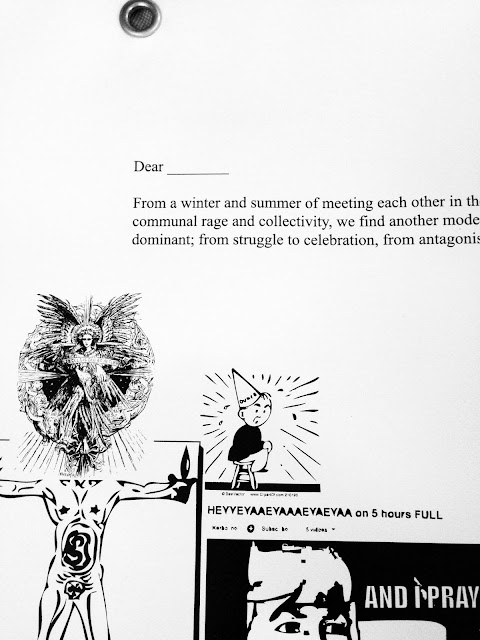 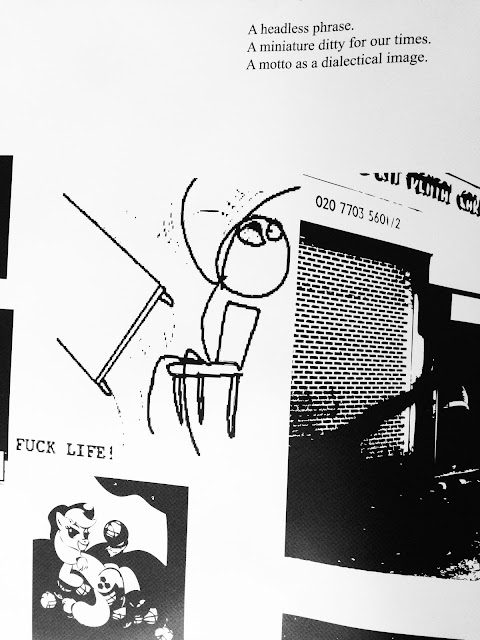 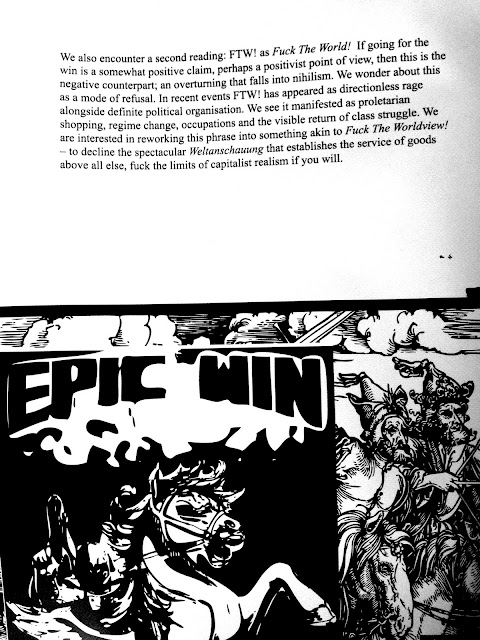 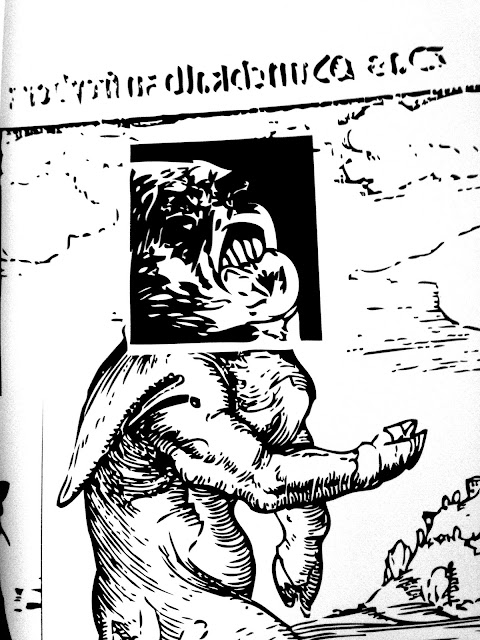 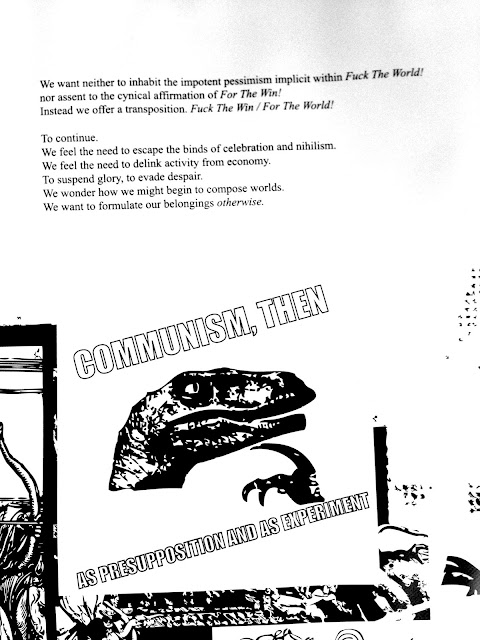 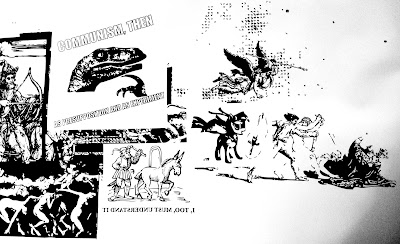 We hope you are well.

We want to take the acephalic, anonymous, headless language of the internet meme and wonder if we can organise our enquiries around these developing terms. We want to address this through a set of enquiries that in turn are evident around us, contradictions that circulate in meme form; authorless, viral, transmissible, understandable.

From a winter and summer of meeting each other in the streets, in situations of communal rage and collectivity, we find another form of coming together dominating; from riots to jubilee, from struggle to celebration. In this context we want to begin with an acronym, a set of three letters that we felt summed up a lot about our interests and also the concrete situation in which we find ourselves (culturally, aesthetically, politically, spatially... etc.). These three letters are F, T and W – or FTW – which is oftentimes posed with an exclamatory emphasis: FTW! We are interested in this acronym as a particular signature of our times (with signature understood here as that which exceeds the sign, a movement that displaces a sign from one field to another). We are interested in this signature as it points to a generic and indeterminate language that names our own difficulty around location and objectives. More specifically we have been thinking about the condition of victory and failure in recent struggles. We encounter this acronym as a circulating assemblage, a cross-bred text-speak mutation, an authorless internet formation. A phrase. A miniature ditty for our time. A motto as a dialectical image.

There are two possible readings of this acronym.

First reading: FTW! as For The Win! A clarion call for success in your endeavours. A declaration of intent. An affirmation. An acclamation of future success. A glory in action. Although this phrase is often delivered in an ironic manner its particular viral idiocy is a potent concentration of a particular weltanschauung; our social relation defined by free competition, a desire to do your Personal Best. We also acknowledge the double edged employment of the phrase; the ironic attitude that accompanies its use, as if no victory was possible, as if no other future was available. Besides merely bemoaning the well-managed displays of spontaneous unity recently witnessed – the people once more orchestrated to represent a 'whole', this well-spring of flag waving consensual value – we question our own relation to a notion of victory. For The Win. Surely, we feel, this is a part of any struggle. To win. But as time passes we ask what is to be won? Our historical context does not present any palaces to be stormed as the operations of power become diffuse and dispersed; predicated far more towards financial and media vectors. We find ourselves confronted by mobilisation and circulation, by an imperative to flow faster within the liquidity of accumulation and opinion. We wonder about the forms of victory available through demobilisation? How can our inadaptability become a virtue?

We also encounter a second reading: FTW! as Fuck The World! The inverted form. If going for the win is a somewhat positive claim, perhaps a positive (-ist?) point of view, then this form is the negative counter-part; a form of negation that heads towards nihilism. We wonder about this form of the acronym as a form of refusal, a particular withdrawal, or a withdrawn attitude to the work of the world that is affirmed in the previous definition. We wonder if this version might be considered an immanent form of antagonism or a frustrated impasse. We are interested in this phrase as Fuck The World-view – the spectacular weltanschauung that establishes the service of goods above all else, fuck the limits of capitalist realism if you will. We call this the manifestation of disagreement or an exodus from a politics of representation. In recent events FTW! has appeared as seemingly mindless vandalism alongside definite political organisation. FTW! manifested in various forms as proletarian shopping, regime change, attempted direct democracy and the return of antagonistic class struggle. We affirm here the necessity of not merely negating the world as it stands but also the need to construct a new political terrain; to multiply possible modes of living, to affirm and assert the deployment of an archipelago of worlds.

We want neither to assert the impotent nihilism implicit within Fuck The World nor the mindless ironic affirmation of For The Win. Yet we want to restate both. We find ourselves posing a number of questions.

We look forward to the upcoming discussion,


One and One and One
A group exhibition that considers the idea of incompletion through the imagined and real spaces of architecture. 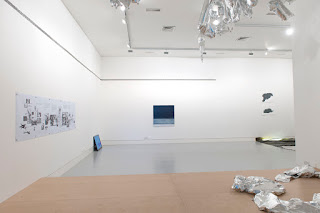 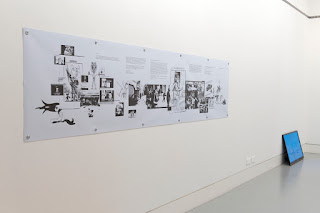 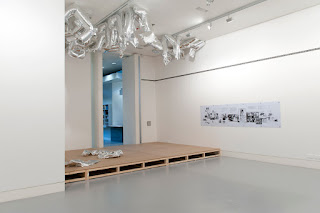